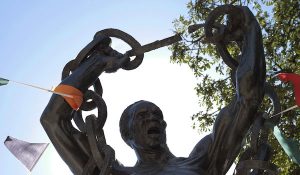 Patriotic Front PF Eastern Province Publicity and Information Secretary Bright Chihana say most ministers and Members of parliament are rubberstamps who have failed to perform.

Mr. Chihana says that many MPs and Ministers are not visiting their constituencies to deliver what they promised the people during campaigns.

He charged that it is embarrassing and unexpected that some Ministers and Members of Parliament are not working according to the people’s expectations.

He says that some Ministers are purely occupying offices to feed their stomach than giving service to the public who voted for them.

Mr. Chihana revealed that the ruling PF in the region is getting bad feedback from stakeholders and members of the public that some Members of parliament and Ministers have failed to deliver development.

He explained that when President Edgar Lungu appointed Ministers into office, he was giving them an opportunity to visit the people and hear their challenges.

Mr. Chihana explained that even opposition political MPs were equally in the same position, where they are failing to represent the people in their areas.