Farmer nabbed for trafficking in 30 Kgs of canabis 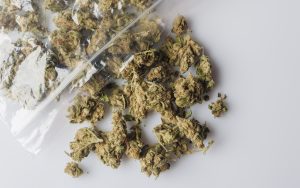 Ms. Katongo also says that the Commission has arrested and jointly charged a Zimbabwean national and a Zambian for money laundering activities contrary to the laws of Zambia.

Rory John Hamish Logan, 50, a Trader of Leopards Hill, in Lusaka has been arrested and jointly charged with Linos Mwamba Kelen Simungala, 40, a Businessman of Kaunda Square Township in Lusaka District for Corrupt practices contrary to the laws of Zambia.

Particulars of the offence are that on 16th June, 2017, Rory John Hamish Logan, jointly and whilst acting together with Linos Mwamba Kelen Simungala and other persons unknown engaged in corrupt practices by giving money amounting to 20, 000 Kwacha to a DEC officer as inducement to facilitate the release of a suspect by the name of Michael John Cheek, a South African National, who was apprehended in a matter being investigated by the Commission.

Meanwhile, the Commission in Lusaka has arrested and jointly charged five suspects for being in possession of counterfeit notes amounting to 177, 900 Kwacha.