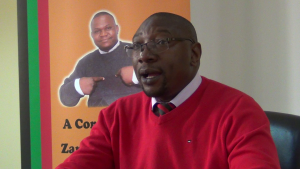 The Anti-Corruption Commission ACC has appealed against the Lusaka Magistrate court’s acquittal of former Minister of Tourism, Silvia Masebo.

This is in a matter in which Ms. Masebo was charged with Abuse of Authority of Office contrary to section 21(1) of the Anti-Corruption ACT NO, 3 of 2012.

This is when she allegedly directed the then Zambia Wildlife Authority, ZAWA to cancel the tender for the hunting blocks.

The Commission has filed in an Appeal to the High court.

And according to details posted on the ACC Facebook page, the commission has appealed based on six grounds, among them, that the trial court erred in law, when it made final assessment as to witnesses’ credibility, especially as to their truthfulness at no case to answer stage.

It also says the trial court erred in law, when it acquitted the Respondent at no case to answer, in count one, when there was proof of one ingredient of the offence charged.

The commission further contends that the trial court erred when it considered a benefit, as one of the ingredients of the offence of Abuse of authority of office.

It is also contesting the ruling that the actions by Ms. Masebo of directing ZAWA to cancel the tender process did not amount to Abuse of Authority of Office.

The ACC says the lower court misdirected itself at law, when it gave an unbalanced evaluation of the evidence, where only the flaws and not strengths of the case of the state where considered and that it accepted the hearsay evidence of DW2.