Women in Lundazi district have been urged to go for cervical cancer screening.

Lundazi District medical director, Davy Wadula Zulu, says cervical cancer is a dangerous disease that claims over 500 lives of women in Zambia every year, but can be cured if discovered in the early stages.

Dr. Zulu explained that as a way of encouraging the majority women in the district to get screened and put on treatment, his office has put up interventions to assist those that are unable to visit health facilities on their own, to get screened.

He says among the interventions put in place are the mobile outreach screening of women in the rural parts of the district and sensitization on the importance of screening, especially those who are HIV positive.

Dr. Zulu adds that the interventions have so far proved to be effective as his office has been observing a lot of women coming through to get screened.

He has called on other non-governmental organizations to come on board and support the initiative of preventing deaths caused by cancer.

The Civil Society for Poverty Reduction, CSPR in Eastern Province says is it is devastated to learn that more than 2,500 farmers in Chipata district have not yet collected their farming inputs for the 2017/2018 farming season.

CSPR Provincial Coordinator Maxon Nkhoma says the failure by the government to deposit funds into the accounts of more than 2,500 farmers in Chipata district is a source of concern.

In a statement availed to Breeze FM News, Mr. Nkhoma says CSPR is worried because the reduction of poverty may not be attainable when household food security is compromised.

Mr. Nkhoma says CSPR sympathizes with individual affected farmers in Chipata district for failure by the government to give them farming inputs.

He has challenged government to explain circumstances that have led to more than 2,500 farmers in Chipata district not receiving their inputs.

Mr. Nkhoma adds that it is unreasonable and inconsiderate on part of government to fail to deposit funds into the accounts of farmers.

The CSPR Provincial Coordinator has therefore, appealed to Eastern province minister to explain to farmers if government still takes the agriculture sector seriously.

District Agriculture Coordinator, Mathews Ngulube could not be reached for comment by News time.

Bus and taxi drivers in Eastern Province have agreed to a proposal to start making contributions to NAPSA, the National Pensions Scheme Authority

This means that bus and taxi owners will not be allowed to register their vehicles with RTSA the Road Transport and Safety Agency, if they do not register their drivers with NAPSA.

This came to light during a consultative meeting held by RTSA and NAPSA yesterday in Chipata district where RTSA wanted to get the views of the drivers before signing the MoU, Memorandum of Understanding with NAPSA.

Speaking during the consultative meeting, RTSA Principle Licensing Officer Anthony Chewe said that social security for bus and taxi drivers is a law but many employers tend to ignore.

He explained that because of the informality of the transport sector in the country, most bus and taxi drivers are uncertain about their future earning and live life in fear of the day when they will no longer earn a living.

Mr. Chewe said that RTSA could not agree with NAPSA to sign the MoU without consulting the drivers on whether they were for the idea or not.

Residents of Lundazi central constituency have complained over the area member of parliament’s performance since he was voted into office.

The residents have charged that Lawrence Nyirenda is not representing his constituency during parliament sessions, as expected.

Speaking to Breeze FM News, one of the residents Blessings Banda says it is regrettable that from the time Mr. Nyirenda was voted into office, no development has been recorded in his constituency.

Mr. Banda complained that despite the constituency having a lot of stalled projects like the construction of Lundazi- Chama road and construction of Umi primary and Umi secondary schools, Mr. Nyirenda has never been heard bringing out such issues in parliament.

He adds that it is unfortunate that the issue of Umi schools was being raised by an MP from Kaputa when Mr. Nyirenda who is a custodian of the area in question had never spoken about it since he was voted into office.

Mr. Banda expressed the need for Mr.  Nyirenda to represent the people of his constituency by pushing for development in the constituency.

And efforts to get a comment from Lundazi Constituency Member of Parliament Lawrence Nyirenda failed as his mobile phone went unanswered by News time.

Lack of accommodation for teachers at Kamwanjili Primary School in Mambwe district is reported to have forced some teachers to start living in classrooms.

Speaking in an interview with journalists, Benda Banda who is a concerned parent in the area says that the lack of accommodation for teachers at the school has been a problem for a while.

She says that the decision by the school administration to turn the classroom into a house means that the over four hundred pupils at the school do not have enough classrooms for their lessons, leading to congestion in classrooms.

Ms. Banda says that the community has molded over twenty thousand bricks to help in building staff houses but lack of funds, as created challenges in procuring other building materials.

And commenting on the matter, Provincial Education Officer Allan Lingambe says that he will engage the District Education Board Secretary for Mambwe District to get details on the matter and find a solution.

He says that if there are no houses in the area where teachers can rent, then the Ministry of Education needs to sit down with the PTA, Parent Teachers Association and other stakeholders to come up with a way forward to sort out the problem.

He says most rural schools in the province have serious critical shortage of staff accommodation and PTAs have played a big role in ensuring that houses for teachers are built. 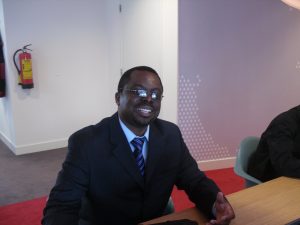