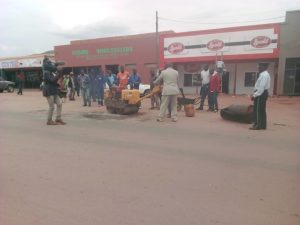 Chipata City Council Director of Engineering, Andrew Zulu says the repairing of the roads will be done on all the roads that have defects.

Mr. Zulu says the local authority is working in partnership with RDA, the Road Development Agency.

And speaking during the tour of the road works ,on lower church road yesterday, Chipata City Mayor, Sinoya Mwale says the local authority ,will make sure that the status of the roads are improved in the district.

Meanwhile, residents in Chipata have commended the local authority for repairing the roads.

The residents however, say that the council should construct new roads, because the works being done are temporary.