The Breeze FM geographical expansion programme, whose objective has been to extend the station’s signal coverage to the entire Eastern Province of Zambia, was completed in February 2012.

The work was carried out by engineers from Buck Broadcast of Cape Town, South Africa, Matt Buck and Ebrahim Sampson with support from the station’s technicians, Augustine Mawere and Penias Lungu.

The expansion programme involved the strengthening of facilities at Kanjala Hill 2 in Chipata and the establishment of four receiver/relay sites at Mphangwe Hill in Katete, Petauke Central, Mponda and Lupeta Hill in Lundazi.

The expansion programme, funded by a loan from MDLF, the Media Development Loan Fund, has extended the Breeze FM to all parts of the Eastern Povince, parts of Central and Northern Provinces as well as significant areas of Malawi and Mozambique. The station’s radius has been extended from 120km to nearly 300 km and audience to over 1 million people.

At the main site in Chipata the following work was carried out;

A high capacity On Line 7 KVA UPS, with extended battery cabinet was installed;

A replacement RVR FM Exciter was reconnected using composite cables and was calibrated;

The STL link was calibrated and service established in stereo; and

To ensure a consistent and professional output, the crew installed and calibrated an Omnia One FM processor in the studio and optimised the microwave link.

As a result of this work the Breeze FM is now operating with improved audio quality, controlled consistent levels and is broadcasting in a more professional dynamic stereo sound. 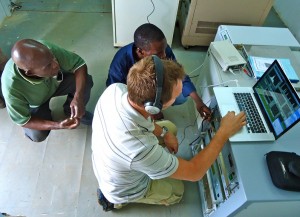 Mphangwe Hill is well positioned at mid-point between Chipata and Petauke and is a preferred re-broadcast site due to its elevated position and well developed infrastructure.

A 1 KW FM rebroadcast system was installed alongside a 3 KVA On Line UPS with DEHN surge protection.

The Chipata signal on 89.3 MHz is received and then rebroadcast on 98.9 MHZ resulting in a good quality signal in the greater Katete area, extending into Mozambique. 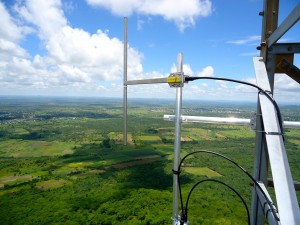 The Off Air signal on 98.9 MHZ from Mphangwe Hill was picked up at a level suitable for rebroadcast on 89.7 MHz.

A good quality signal is now received in the greater Petauke area, parts of Central Province and in Mozambique. 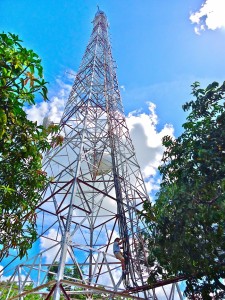 This site is located 101 km from Chipata alongside the road. The site has no grid electrical power and runs off solar panels.

The crew installed a DC powered VHF/UHF translator system that receives the FM frequency from Chipata and then transmits it to Lundazi on a 400 MHz UHF link.

The receive and transmit antennas were installed as high as possible and connections were made using a low loss 7/8” feeder cable.

Despite the long distances involved the signal from Chipata was received clearly and, likewise, the UHF link transmit signal made the distance to Lundazi for rebroadcast. 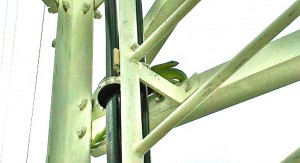 Located 169km from Chipata, the Breeze FM signal could not be picked up at this site at a level suitable for rebroadcast. However, by using a relay link at Mponda, as described in the previous section, it was possible to receive the Chipata signal via Mponda and rebroadcast locally on FM.

As at other sites, a 1 KW FM transmitter with an UHF link receiver system was installed alongside a 3 KVA On Line UPS with DEHN surge protection.

This has resulted in a good quality signal in the greater Lundazi area, parts of Northern Province and extending into Malawi. 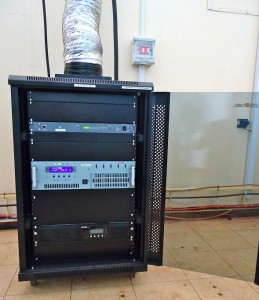 Standard equipment set up at each of the sites.