Burning of City Market was sabotage

President Edgar Lungu has confirmed that the burning of City Market in Lusaka which occurred on Tuesday this week was an act of Sabotage.

Responding to questions from journalists during a Press Briefing at State House yesterday, President Lungu says according to a report by ZESCO, the Zambia Electricity Supply Corporation, there was no electrical fault that could have caused the fire.

President Lungu says this is a clear indication that the fire at City Market was started by some individuals trying to frustrate the operations of government.

He added that it is a well-known fact that some opposition political party is creating some act of terrorism so that he should revisit the 2016 general election results and agree to a government of national unity.

President Lungu says it is for this reason that he decided to use his powers to invoke article 31 of the constitution of Zambia, which may allow the declaration of a state of emergency after being debated by the national assembly in order to maintain law and order in the country.

The head of state says he will not listen to the calls by some opposition political parties or social media reports for him to revisit the 2016 presidential election outcome, because it is clear that the Patriotic Front, PF Party won the election.

President Lungu says he is hopeful that Members of Parliament will be mindful of the history of the fire outbreaks and terrorism acts in Zambia when debating the invoking of article 31 in parliament to determine how it will be implemented. 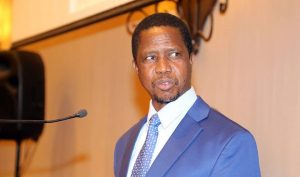