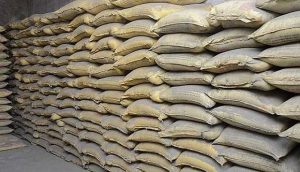 Prices for cement have continued to reduce in Chipata district.

A check by Breeze News in some shops revealed that the price of the commodity, which had gone up to 95 Kwacha per 50 kilogramme bag is now at 75 Kwacha.

Dealers spoken to attributed the price reduction to a downward price adjustment by wholesalers.

And some of the residents found buying the commodity expressed happiness that different brands of cement were now selling at the same price.

John Mwanza explained that he had to suspend his construction works when the price of cement had hit 95 Kwacha because he could not afford.