Mr. Kasolo says this is to ensure the process involved before demolishing an illegal structure, is followed.

Speaking to journalists at his office yesterday, the Permanent Secretary says if the council does not give notices to the affected people, he will take further steps on the matter.

He says he has already discussed with Local Government Minister, Vincent Mwale, who has given him a go ahead in demolishing the structures.

Mr. Kasolo says being the chairperson of the provincial planning authority, he expects the council to act within seven days.

He says selling land illegally to people in the name of helping the poor, is criminal trespass, according to the laws of Zambia.

Mr. Kasolo says if the affected people are hesitant to demolish their structures, a bulldozer will be sent to destroy the structures adding that the developers will be made to pay the cost of carrying out the exercise. 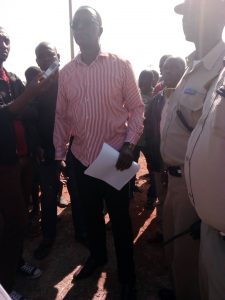