Exhibitors at the Eastern Province Agriculture and Commercial Show reduce 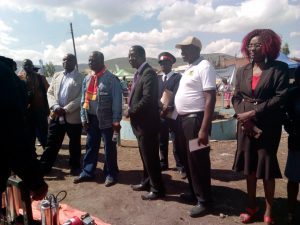 Mr. M’tonga told Breeze News that the current infrastructure at the Chipata show ground is not of good standard to attract more business people to exhibit.

Mr. M’tonga added that entertainment was not well organized because only local artists were performing.

He says there is need to improve the infrastructure at the show ground and entertainment.