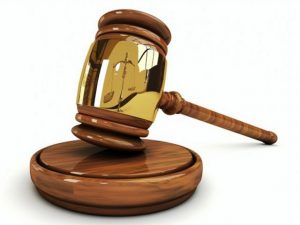 The Chipata High Court has sentenced four men to fifteen years imprisonment with hard labour for aggravated robbery contrary to the laws of Zambia.

In the first count, facts before the court are that on May 25, 2015, Jere and Tembo whilst acting together with other persons unknown, armed with a gun, machetes and iron bars stole 900 Kwacha cash belonging to Margaret Phiri and two Bonanza machines valued at 13, 900 Kwacha, property of Robert Banda.

In the second count, Jere and Tembo on May 25th, 2015 whilst acting together broke into Top 20 Bar and Satellite Bar in Petauke district and attacked a security guard at Zambeef.

In mitigation, Senior Legal Aid counsel, John Phiri said the suspects were first offenders, who are remorseful for having committed the offense and are young people that can easily be rehabilitated.

In passing judgement, Justice Siavwapa said he considered the mitigation but the offense committed by the duo was a serious one.

He sentenced them to Fifteen years imprisonment with hard labour, for each count to run concurrently with effect from the date of their arrest on May 25th, 2015.

Meanwhile in another case, Justice Siavwapa sentenced Brian Mfune and Robert Tembo of Chipata to fifteen years imprisonment with hard labour each for aggravated robbery, contrary to the laws of Zambia.

Facts of the matter are that on April 15th, 2016, Tembo and Mfune whilst acting together attacked Elifas Daka and robbed him of a cell phone, one pair of shoes and a belt in M’chini area.

In mitigation, Senior Legal Aid counsel, John Phiri asked the court to exercise lenience on the duo as they were first offenders and young men who can easily be rehabilitated as they were sorry for having committed the offense.

In passing Judgement, Justice Siavwapa said he considered the mitigation but the crime committed was a serious one especially that they took advantage of Daka’s drunkenness to rob him.

He sentenced them to Fifteen years imprisonment each with hard labour to deter would be offenders.