Government has cleared its 140,000 Kwacha 2016 outstanding debt to Eastern Water and Sewerage Company.

Company Managing Director, Lytone Kanowa, confirmed this to journalists during a press briefing in Chipata this morning.

Mr. Kanowa however, says that government still has an outstanding debt of 4.08 million Kwacha.

He says that in comparison to other customers, government has managed to pay 100 percent of what it owed the company in 2016

And Mr. Kanowa says the amount of money owed to the utility company by other customers has increased.

However, Mr. Kanowa mentioned that despite these challenges, the utility company has continued working hard to supply water to its customers. 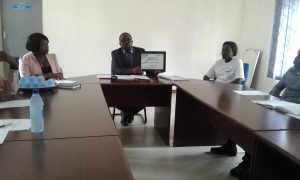