Government to get to the bottom of GBV

Government says it is working hard to ensure that GBV, Gender Based Violence is curbed in the country.

Permanent Secretary in the Ministry of Community Development, Mother and Child Health, Howard Sikwela, says government is working on finding out the cause of GBV so that it can immediately be stopped because it demeans the dignity of people.

Mr. Sikwela says most of the GBV cases are psychological problems by perpetrators. 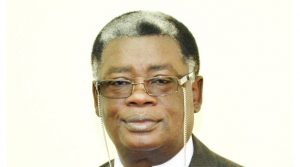 He was speaking when a delegation from Ministry of Health, Community Development, Mother and Child Health, Justice, Gender and World Vision paid a courtesy call on Eastern Province Assistant Secretary, Loyd Tembo, at Provincial Administration this morning.

The delegation is in Chipata to inspect the three one stop centers in Chipata, Katete and Nyimba districts.

And World Vision Chief Party, Annie Zulu Banda says the organization has been working with the four ministries to end GBV in the country since 2012.

Mrs. Banda says the stop GBV program which was funded by USAID will come to an end next year and asked government to find ways of continuing the program because the vice is still escalating.

He thanked World Vision for spearheading the program by working with the four ministries.