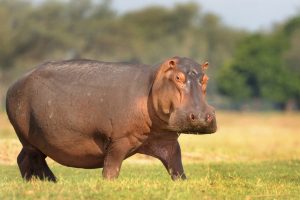 A hippo is reported to be terrorising some farmers of Naviluli Ward in Chadiza district.

Mr. Mbewe says that the animal is raising fear among people in the area adding that farmers have stopped going to their gardens for fear of being attacked by the animal.

Mr. Mbewe says that the matter has already been reported to the Department of National Parks and Wildlife and police but no action has been taken so far.

He says that farmers mostly affected are those from Esaya, Kafulukuta, Kamanga and Phokoto villages.

Mr. Mbewe has appealed to the Department of National Parks and Wildlife to quickly intervene in the matter before the community takes their own action.