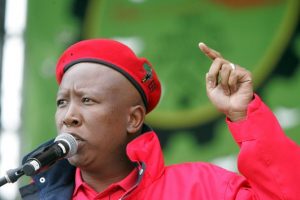 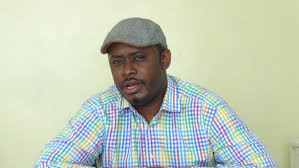 The Patriotic Front PF Party has reacted angrily over comments by the leader of the opposition Economic Freedom Fighters, EFF, of South Africa, Julius Malema, on the political situation in Zambia.

A video is circulating on the internet, where Mr. Malema is challenging President Edgar Lungu to ensure arrested opposition members are released and accept to be opposed if he is a true leader.

Sunday Chanda, who is Patriot Front Media Director, has described the sentiments as irritating and insulting against President Edgar Lungu.

In a statement to Breeze News this morning, Mr. Chanda says Mr. Malema is attempting to project himself as the spokesperson of the opposition in the Southern region.

He says President Lungu revoked the Preservation of Public Security Act under Article 31 of the Constitution of Zambia, to address instances of fires caused by arson and to prevent further cases of economic sabotage, which threaten public security and people’s safety.

Mr. Chanda says Article 31 invoked by President Lungu and ratified by Parliament, did not create a State of Emergency, as it deals with a Threat to Public Security or Threatened Emergency.

He emphasised that there is no State of Emergency in Zambia and that Article 31 was invoked long after UPND President, Hakainde Hichilema’s arrest.

He described Mr. Malema as a coward and has no right to get involved into what he called Zambia’s business.