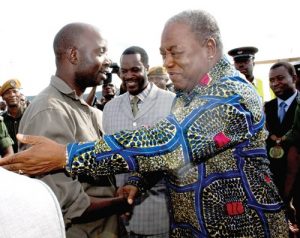 The Movement for Multi-Party Democracy MMD has challenged government to explain clearly how it arrived at the maize floor price of 60 Kwacha for a 50 kilogramme bag.

Speaking to Breeze News, Mr. Chilufya says that it is important for government to realise that not all farmers benefited from the government subsidised inputs.

He says that farmers, who used their own resources to buy inputs which were fetching between 250 and 300 Kwacha will not make profit from the 60 Kwacha buying price.

Mr. Chilufya says that instead of frustrating farmers, government should ensure that the interest of farmers is protected by giving them a good buying price.

Announcing the maize floor price yesterday, FRA Food Reserve Agency Board Chairperson, Joe Simachela said that prices for this year’s marketing season was as a result of prevailing regional prices in view of the good harvests expected from Zambia’s traditional export markets such as Zimbabwe, Malawi and Mozambique.

Mr. Simachela, stated that the FRA market price will not in any way disadvantage the private sector, who are expected to purchase a larger share of the 3.6 million metric tonnes of maize produced.

Last season, the FRA was buying a 50 kilogramme bag of maize at 85 Kwacha.