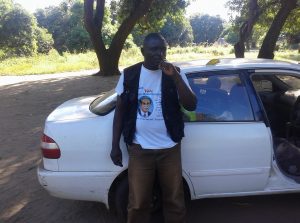 He says that Mr. Zulu should desist from participating in any activities concerning the MMD.

And when contacted for comment, Mr. Zulu declined to state his position on the matter.

Meanwhile Mr. Kaleya says that the MMD has made changes of leaders in Mambwe district.

He says that acting Mambwe District Chairperson Edward Banda has been replaced with Ruben Mwanza while Benson Mvula has replaced Moses Mwale as district secretary.

He says that the changes have been made to reorganise the party for the future.