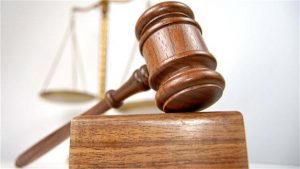 The Chipata High Court has sentenced a man of Petauke district to 30 years imprisonment with hard labour, on one count of defilement.

Facts before the court are that Daka, was caught pants down by his wife, having carnal knowledge of his step-daughter in his maize field.

According to the court records, Daka infected the victim and his wife with a sexually transmitted infection.

In mitigation, Legal Aid Counsel Sally Bwalya, who spoke on behalf of the convict asked the court to exercise leniency as he is a first offender, who is remorseful for his actions.

When passing ruling, Judge Bowa said he had taken into consideration, the mitigation submitted on behalf of the convict.

He however, said that the sad tale in the matter is that the convict defiled an innocent child and infected her with an STI, a Sexually Transmitted Infection, together with his wife.

He said such people need to be caged in society for a long period of time to protect the lives of women.

Others who were sentenced of the same offence are Bright Chungu aged 47 years old of Petauke district, who was also sentenced to 30 years imprisonment with hard labour, for defiling a 9 year old girl and infecting her with a sexually transmitted infection.

Dausi Phiri, aged 20 years of Chipata district was given 15 years for defilement.

Judge Bowa advised all the convicted persons to appeal to the court of appeal if they are not satisfied with the court’s ruling.